Andreja received the M.Eng., M.A. and Ph.D. degrees from the Department of Engineering, University of Cambridge, in 2011, 2014 and 2015 respectively, in electrical and electronic engineering. He has been an exchanged student at MIT, in which he was engaged in novel RF MEMS research. He published dozens of international patents and R&D papers, and he is a contributor to IEEE sensor journals. Before joining FATRI, Andreja served as the director of the MEMS R&D Center in an high-Technology. With rich R&D and management experience, Andreja's main research fields include RF MEMS, sensors and actuators, thin film piezoelectric, and millimeter wave radio frequency integrated circuits, etc. 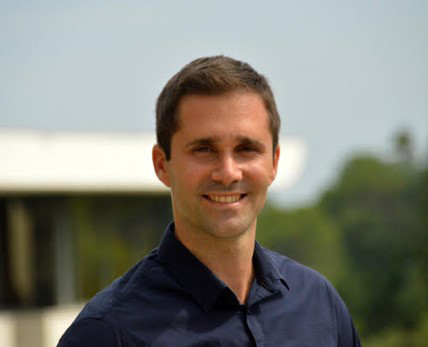 After joining the company, Andreja and the local R&D team in China can form a joint effort on R&D, mass production, tape-out, and project promotion of international cutting-edge sensors and chips. Andreja would launch interaction and cooperation with the local semiconductor industry group in the Sophia Science and Technology Park in France. He can also help conduct in-depth exchanges of talents, and establish atalent pool for sustainable development and a virtuous cycle, in order to maintain the core capabilities of FATRI in R&D and innovation.

FATRI has been continuously active in Europe. Not long ago, FATRI just appointed Mr. Norbert Ducrot as the company's international Senior Executive Vice President and General Manager of FATRI France Branch. After Andreja’s appointment, FATRI France Branch's organizational structure of management and R&D team has been basically improved, which has further enhanced FATRI's reputation in the European market and international core competitiveness.

Paris is the headquarters of FATRI in Europe. This city is also the forefront of expanding to the European market for FATRI. With Norbert and Andreja's professional experience and strategic vision, FATRI is expected to quickly expandits international business.